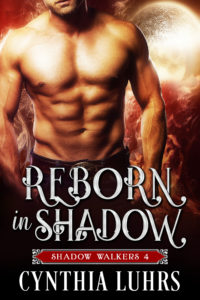 A GHOST GRANTED A SECOND CHANCE…
Hamish Campbell committed so many sins he’d lost track of them all. The worst? Murdering his brother in a fit of rage. Granted another chance by the god of Shadow, Lord Campbell joins the Shadow Walker brotherhood.

If you enjoy persnickety gods, supernatural creatures and ghosts with the ability to manifest physical bodies, then Reborn in Shadow is for you.

Pinterest inspiration board. See who I envisioned for each character.