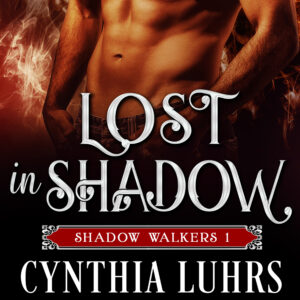 A CHANCE ENCOUNTER…
A relaxing vacation to Scotland turns deadly when a chance encounter with a ghostly highland warrior leads to murder. When Emily witnesses a murder no one else can see, she learns she possesses an extraordinary ability allowing her to interact with the dead.

WITH A GHOSTLY HIGHLAND WARRIOR
Lord Colin Campbell prowls the streets of Edinburgh, a barren shell, eviscerating those who prey on humanity. No longer believing in love, unable to trust, Colin is rocked to the core when fate intervenes.

UNLEASHES A DEADLY CURSE AND A CHANCE AT ETERNAL LOVE…
Unwittingly drawn into Shadow when she saves Colin, a terrible curse is unleashed. Now with only a week to break the curse, time is running out. Locked in a deadly fight with forces that will stop at nothing to destroy her before she succeeds, Emily must find the key.

Intensely romantic and thrilling, Lost in Shadow portrays the struggle between redemption, retribution and the desire to find a love that transcends time.

If you enjoy persnickety gods, supernatural creatures and ghosts with the ability to manifest physical bodies, then Lost in Shadow is for you. 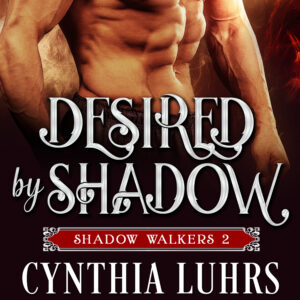 Kidnapped on the way home from work, Maggie is thrown into a terrifying world of shadow. Narrowly escaping death, she flees ruthless kidnappers only to come face to face with her greatest fear…an immortal Shadow Walker.

Helping a dying stranger, Maggie unleashes a terrible curse when she saves the immortal pirate Black Bart. Now with only a week before they are doomed, time is running out as they are locked in a deadly fight with forces that will stop at nothing to destroy them.

Intensely romantic and thrilling, Desired by Shadow is a modern-day ghost story with a dark twist. This paranormal story portrays the struggle between redemption, retribution and the desire to find a love that transcends time.

If you enjoy persnickety gods, dragons, treasure, ghostly adventures, supernatural creatures and ghosts with the ability to manifest physical bodies, then Desired by Shadow is for you. 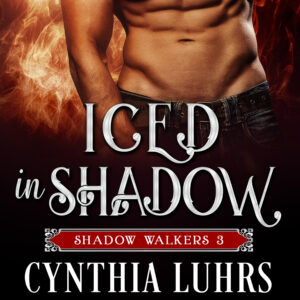 A mysterious layer of ice covers the walls of Ravensmore castle. Rumors of an angry spirit out to destroy those who reside in the castle are whispered in the halls. Can Colin vanquish the evil ghost before those he loves are murdered? And if that wasn’t bad enough, wait until he comes face to face with his murderer – his own brother, Hamish. Come spend the holidays with your favorite Shadow Walkers. 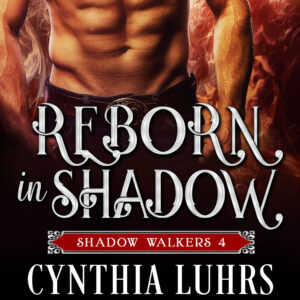 A GHOST GRANTED A SECOND CHANCE…
Hamish Campbell committed so many sins he’d lost track of them all. The worst? Murdering his brother in a fit of rage. Granted another chance by the god of Shadow, Lord Campbell joins the Shadow Walker brotherhood.

If you enjoy persnickety gods, supernatural creatures and ghosts with the ability to manifest physical bodies, then Reborn in Shadow is for you. 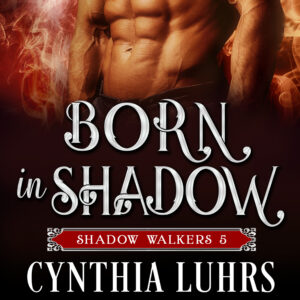 This book is a prequel and may be read standalone. It tells the legend of how the Shadow Walkers came to be.

TWO BROTHERS BORN TO A GODDESS…
Thorne and Dayne. Brothers. Sons of the goddess Terya. Rivals who will become bitter enemies because of a woman.

FORGOTTEN BY TIME…
Luna is the fairest maiden in Arcadium. As Thorne falls hopelessly in love with her, events are set into motion that will change their lives and the lives of everyone around them, sending Arcadium to its destruction.

RISE TO CREATE THE SHADOW WALKERS…
Punished for their crimes, Thorne and Dayne are imprisoned for a thousand years, forgotten by time. Until one day, a handmaiden to the fates frees them both. For she has foreseen what will happen if she releases the gods from their prison in the nether realm. 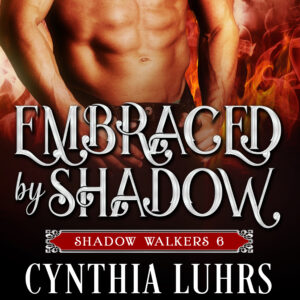